Blockchain technology has the potential to change our daily lives more than we can imagine. We are just beginning a big technological revolution. Whether you agree with Coinbase CEO and believe in a future with an infinite amount of crypto tokens, or you think like YouTube’s star TechLead who believes that centralized government digital currencies will take other cryptos – you know that blockchain is here to stay.  In this article, you will discover how outsourcing your blockchain app development to India can help you save thousands of dollars and months of your time.

Getting started with blockchain app development

So you decided to have your impact one block at a time and build your blockchain app.

You start looking for freelancers on Upwork, TopTal, maybe even post a job on Linkedin or similar.

It’s a familiar pattern for those who haven’t built something on Blockchain before. You need a coder, but you don’t have enough knowledge to evaluate them. There are many promises out there, and they sound totally legit at first, but that isn’t how it works. In fact, it may be precisely the opposite of how things work. Not only will you not get free money, but you might be handing over your investment in return for nothing more than a headache.

You will have to do a lot of homework to understand core competencies, grasp the basics of building blockchain apps, compare pricing, learn how to avoid freelance scammers, micromanage several devs in different timezones…

So then you think about hiring someone full-time and building your blockchain dev team in-house. Before you start this arduous journey, read the 2021 Global Blockchain Employment Report and find out that the increase in global demand for blockchain developers is up by 300-500% yearly. Therefore it is no surprise that talent acquisition and retention can become a total nightmare if you decide to build an in-house dev team for your blockchain projects.

The solution is to outsource to reputable companies that build, train, and retain their blockchain dev teams. However, with all the offers in the market, where should you outsource your project? We’ve researched and found out five top reasons why many blockchain startups outsource app development to India. 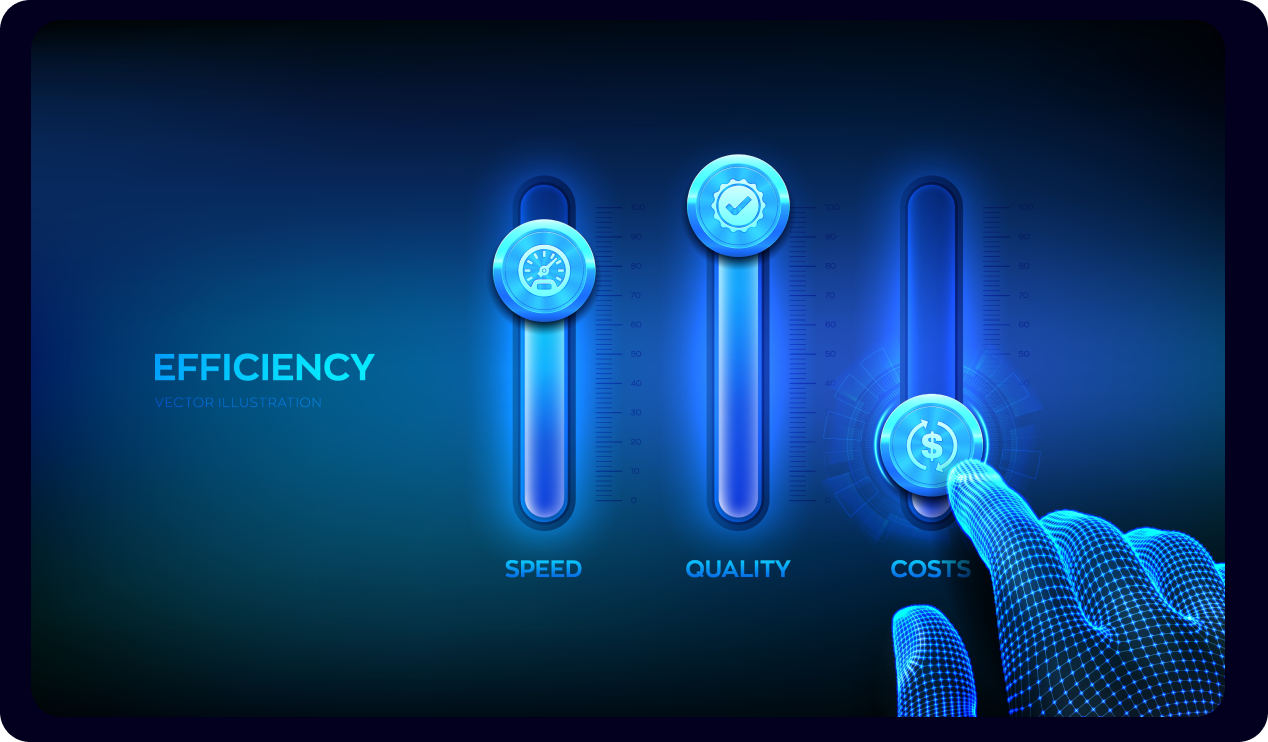 The reasons why startups outsource their blockchain app development to India are plentiful. The low cost of local labor has been one of the primary reasons Indian developers have gotten so much attention in the past years. This is because intellectual property protection in India is still somewhat of a messy issue. Also, 62% of software engineering graduates in India get job offers at starting salaries of $7,000-$20,000 per annum that aren’t even close to what they pay their US and European counterparts. Yes, blockchain developers are paid higher wages. However, they still don’t compare with those in the US.

For example, a fresh software engineer grad (non-blockchain) will earn a minimum of $115,000 /annum in the USA. This doesn’t include other perks, like paid vacation, stocks (if working for one of the FANG companies), health insurance, and more. You would ask yourself, how is this possible?

If you go to numbeo.com and compare the cost of living prices in Mumbai and Los Angeles, it is easily explained:

“Consumer Prices in Mumbai are 61.52% lower than in Los Angeles, CA (without rent)

Consumer Prices, Including Rent in Mumbai, are 64.98% lower than in Los Angeles, CA. 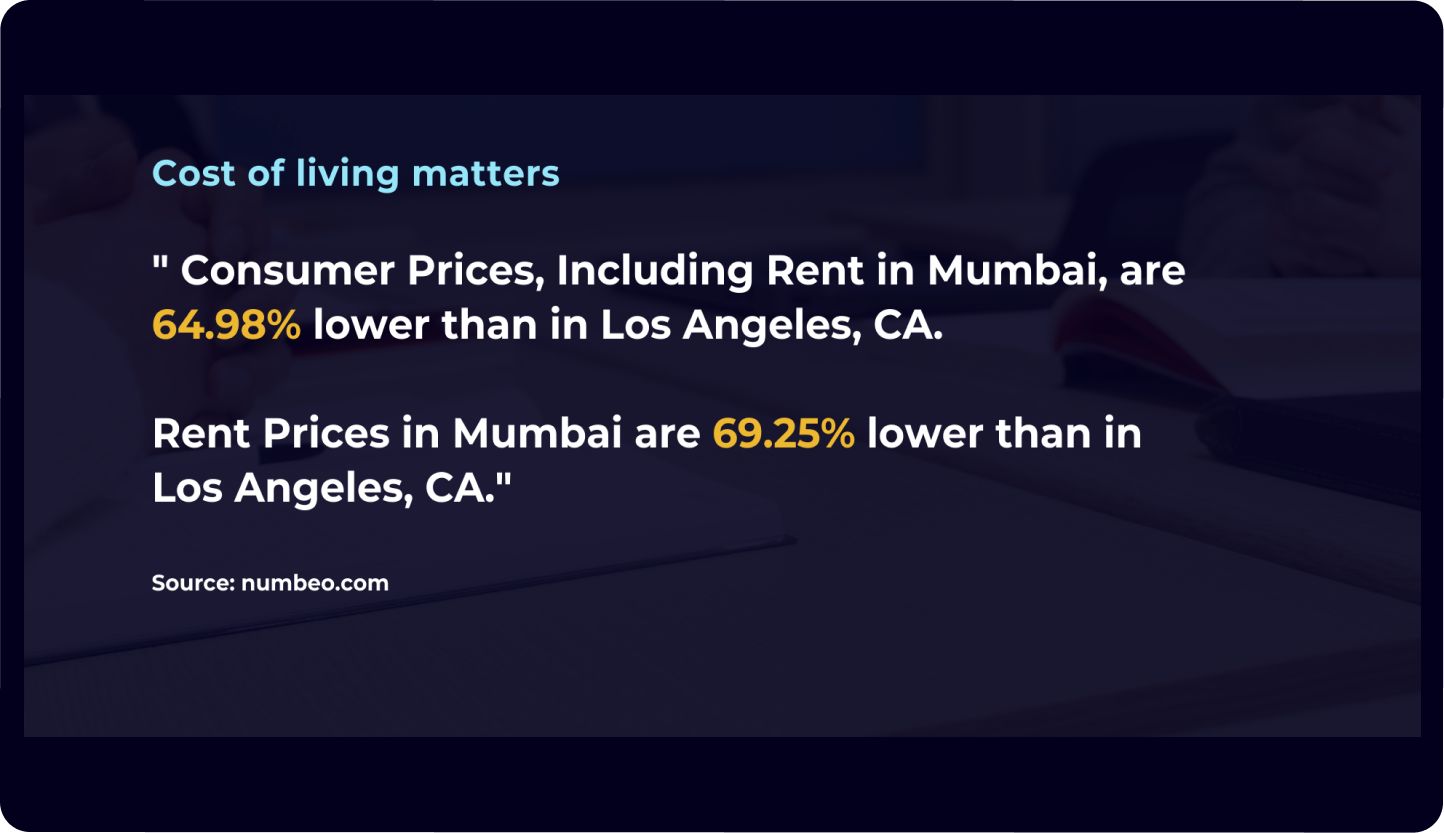 So no, Indian outsourcing agencies are not underpaying their contractors whatsoever. The grad salary of a software engineer in India perfectly correlates with the cost of living and allows devs to live a comfortable life in their home country.

Another reason for these low costs is the price of education. You know that some US college grads end up paying their humongous student loans almost till retirement. However, in India, tuition fees at local universities are often under $1500 per year. And students get quality education despite these small fees.

Let us prove it to you.

What do Sundar Pichai (CEO of Google), Satya Nadella (CEO of Microsoft), Shantanu Narayen (CEO of Adobe) Ajay Bhatt (the father of the USB standard) have in common?

They all graduated first from Indian universities. This is because the field of Engineering and Technology is deeply embedded into the Indian education system and culture, and people are intrinsically motivated for success. 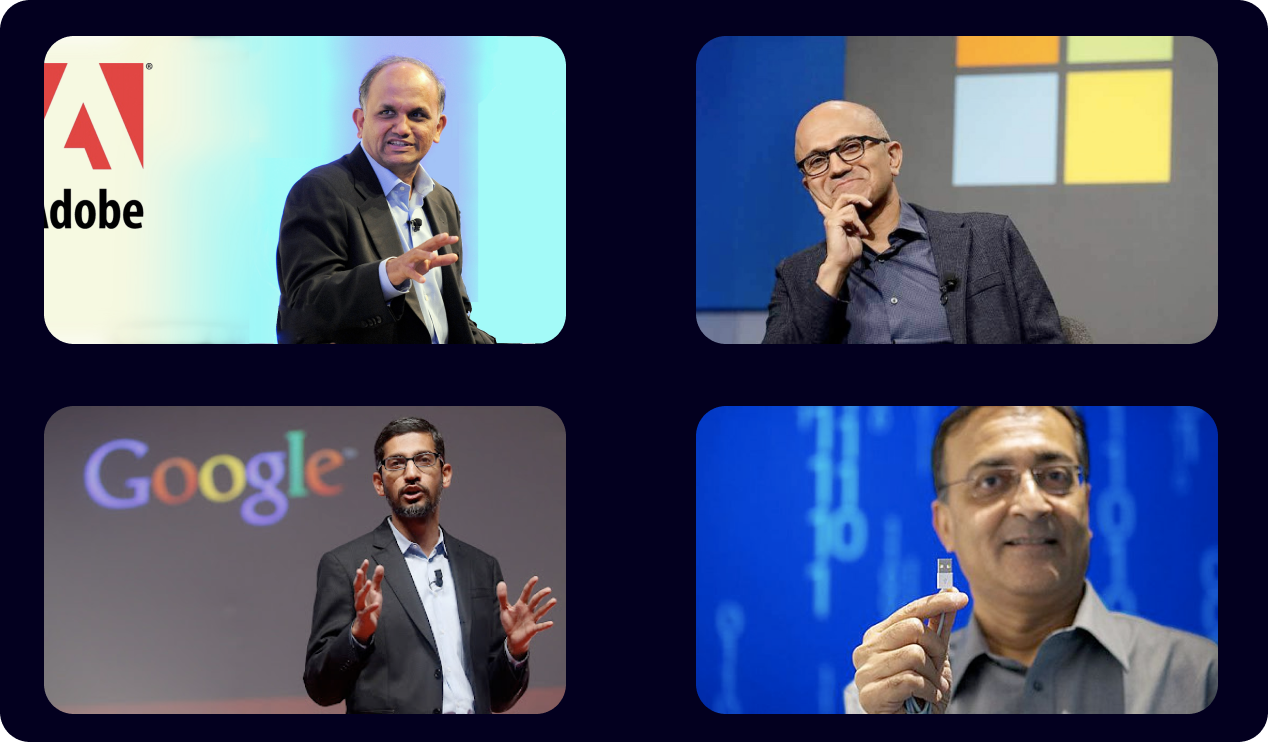 So, the bottom line is a blockchain developer from many major countries like the USA, UK, Australia, Germany, etc., can set you back $80- $300 an hour. In comparison, an Indian developer with similar qualifications and experience will cost you $40-$150 an hour. Can you see the difference? You get the same value for half the money if you decide to outsource your blockchain app development to India.

#2 Reason: Round the clock productivity and work culture

Let’s face it. The majority of Indians are hard workers. A lot of development, QA, and other crucial back-office work for US companies happens in India. Devs stay online till very late at night to sync up with their US counterparts on various things.

Another reason is that most of the employees in the USA have to pick up their kids from school or afterschool programs by 5 PM. Otherwise, they have to pay extra money for extra hours. It’s not the case for Indian parents.

The bottom line is that Indian devs are flexible when it comes to working hours, and you get literally round-the-clock service because of the time difference. This work cycle boosts productivity and helps on-time delivery of your projects. So time zone difference definitely contributes to faster project delivery when outsourcing your blockchain app development to India.

#3 Reason to outsource your blockchain app development to India: Language 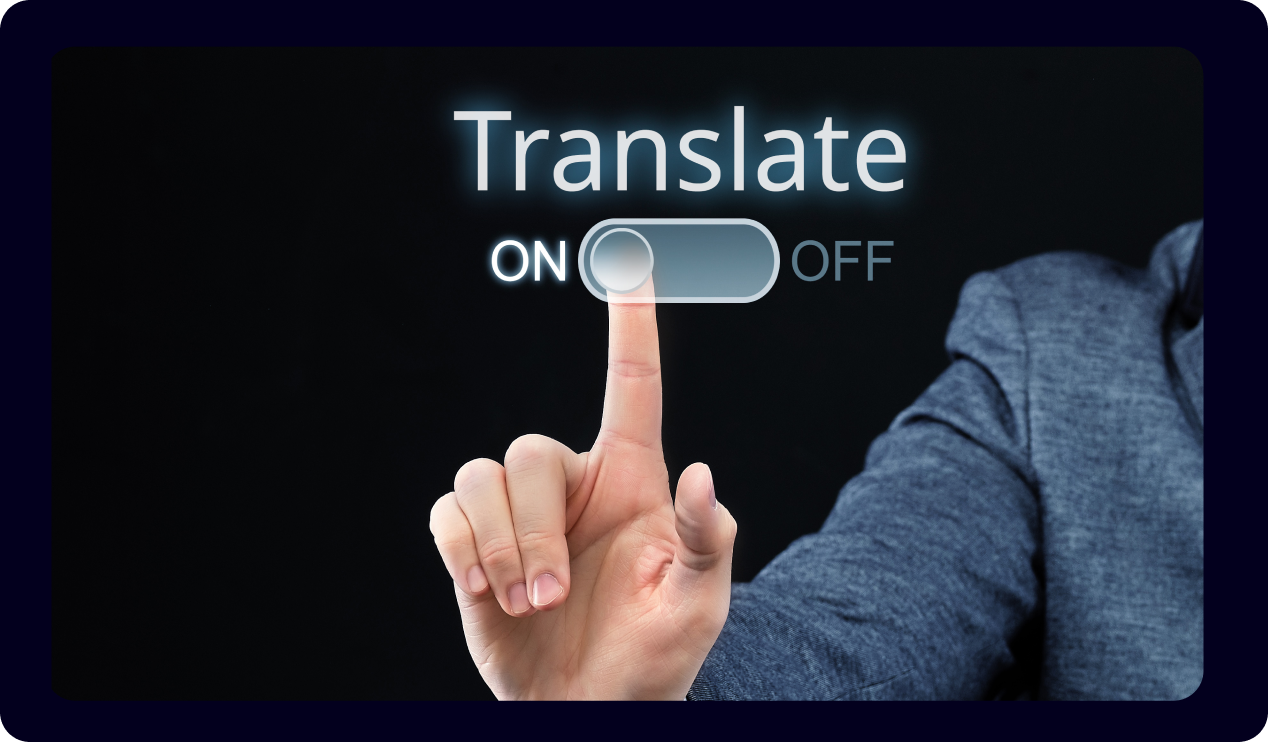 The English language is far from a barrier in India, where the average university graduate speaks much better English than graduates of most other outsourcing nations. Unlike most Asian and Eastern European competitors, all Master’s courses and many bachelor’s programs are taught in English. It is one of India’s two official languages. For example, the University of Delhi is one of the top 200 English-speaking universities globally, ranking just below West Virginia University.

The bottom line is if you’re not cut out to learn a new language, outsourcing to India might be for you. Here, English-speakers can communicate almost without a language barrier.

There are a few popular outsourcing destinations for software and blockchain development. Among them are Ukraine, the Philippines, and Latin America. They get a lot of attention these days because of the age demographic and low-cost workforce. However, there are a few pitfalls you should be aware of when considering outsourcing to any of these destinations. Here we’ve summarized some pros and cons based on our experience and observations:

Outsourcing to the Philippines 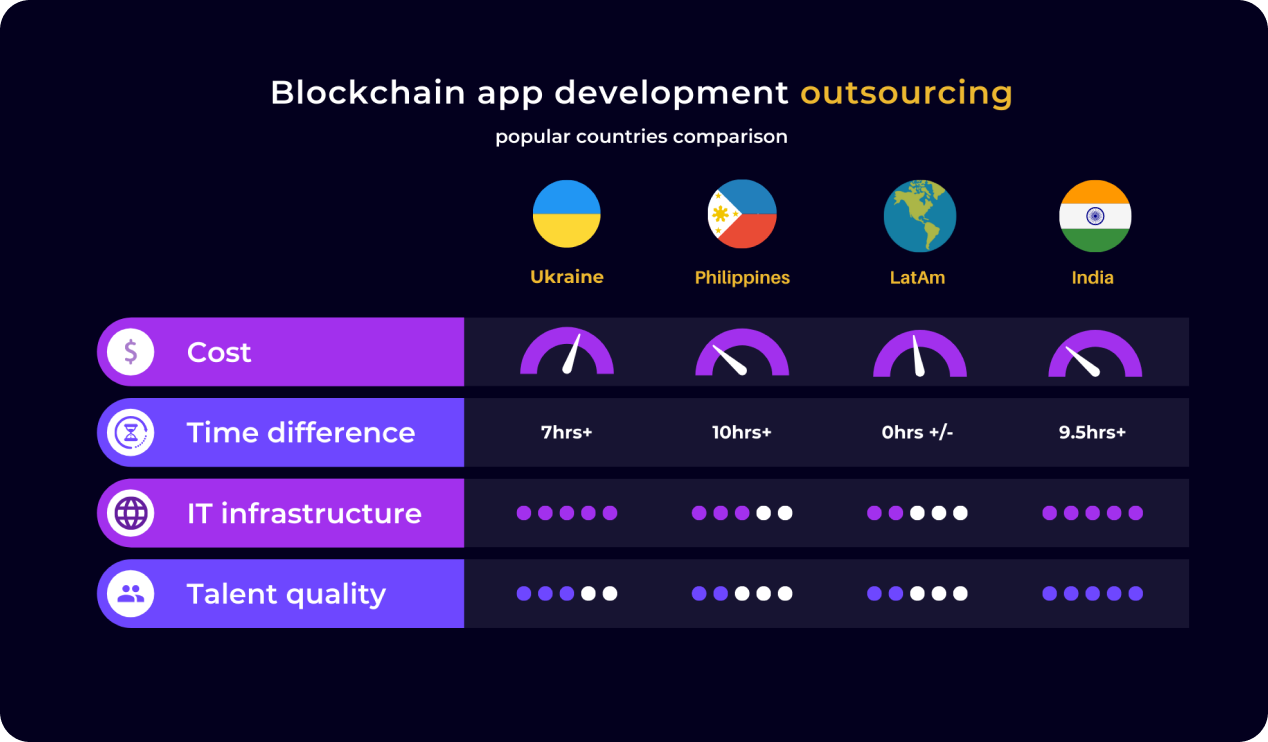 India is unique for many reasons, but when you compare it to other well-known outsourcing destinations globally, one reason stands out – the availability of blockchain professionals.

Blockchain development requires specific skills either taught by obtaining a formal math degree or during on-job training. Some of the most in-demand skills in Blockchain are Solidity, Ripple, Ethereum, and Hyperledger. However, a knowledge of mathematics, algorithms, Java, Python, and C++ is also required since most Blockchain projects are written in these languages. Also, blockchain developers should have some experience working on open-source projects.

Blockchain is widely adopted in India

As more Indian companies have embraced the Blockchain trend, more real-world use cases for Blockchain have surfaced. This is good news because more young professionals have opportunities to learn by doing when joining these enterprises. Banks are leading the game, with about 4,000 blockchain specialists working there. Public sector companies and NBFCs follow banks with about 2,000 blockchain developers employed by them.

According to this research, in 2018, India was the home to the second-largest talent pool in blockchain development globally after the US. The numbers have only grown since then. Therefore, we cannot compare the opportunities to pick the right talent with a particular skill set in India with any other popular outsourcing destinations.

The bottom line is that while several other nations may embrace the technology, it’s likely that the second greatest number of blockchain developers are working and living in India right now.

Here is a quick recap to help you summarize what we’ve discussed in this post: 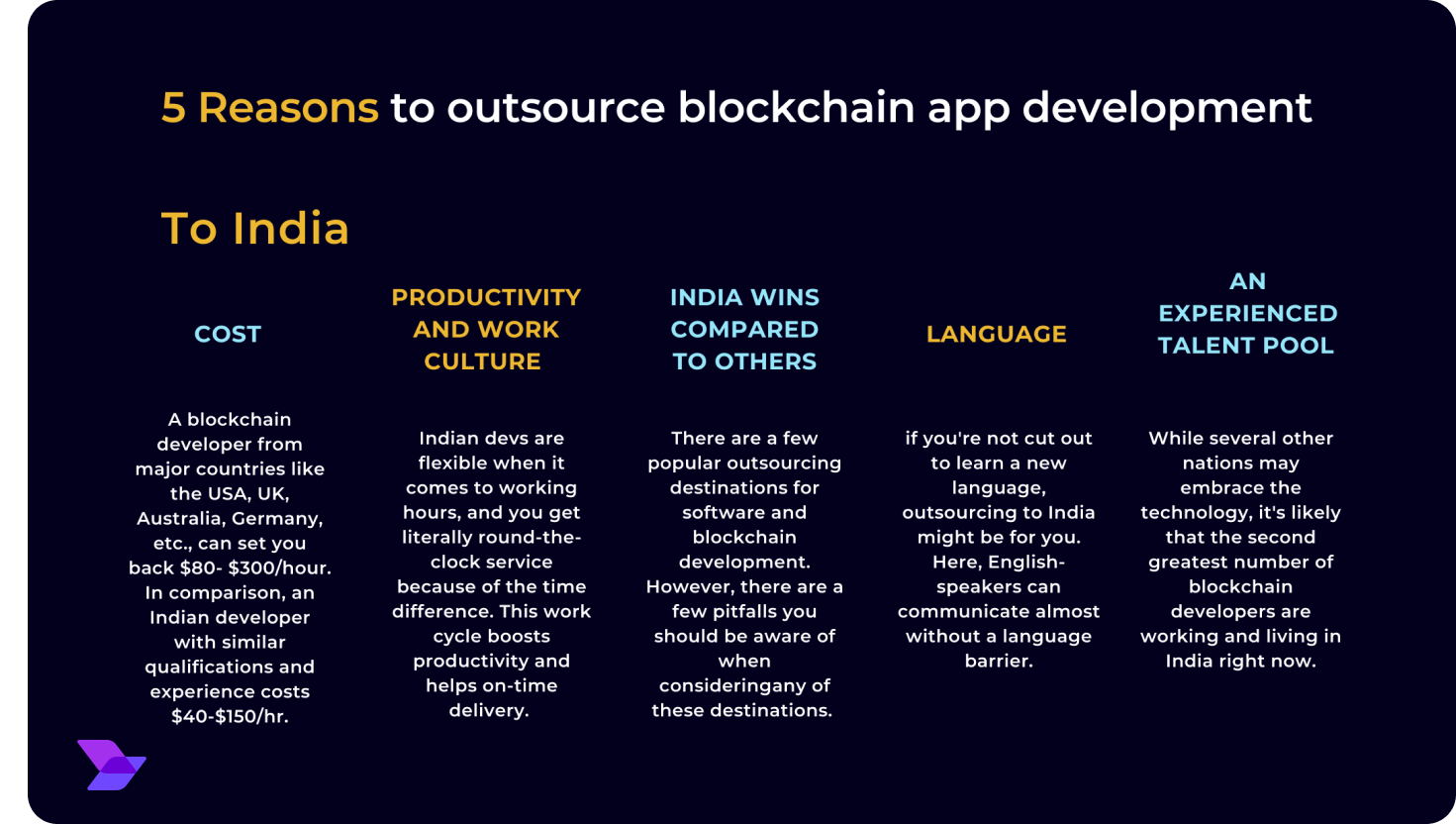 Blockchain development outsourcing to India gives you the best of both worlds. First, it allows you to save money and gives you a clear picture of what you are paying for each hour. Second, you can quickly analyze your developers’ performance and numerous other benefits we haven’t discussed in this article. However, it does not mean that you should immediately sign with the first agency you set your eyes on. In the following articles, we will show you how to select the right outsourcing agency to fit your budget and the required skill set.